Light and fluffy Apple Cinnamon Cupcakes are smothered in a rich homemade caramel sauce that is packed with flavor!

The last month has been totally crazy. At the beginning of October I left my job to work on Maebells and Gin Creek Kitchen full time. Less than a week later we went on vacation for 8 days, then one week later I went to Chicago for a blogging conference.

In the meantime, we were driving back and forth across the state to shuffle our dogs between my house and my parents’ farm. To say it has been overwhelming would be an understatement (thank goodness for snacks).

I feel like I have been in a constant state of chaos. There has been no routine or normalcy, and as a person who NEEDS routine this just isn’t working.

Fortunately, this week things have settled a bit. We are back at home and I am finally getting used to running both a blog and store. To celebrate I decided we needed cupcakes. Specifically, caramel smothered cupcakes!

When we were in Colorado on vacation we went into this little coffee shop for cappuccinos, and they had the most amazing and gigantic apple cupcakes. The whole shop smelled like cinnamon and it was so inviting!

Of course, they weren’t gluten free so we couldn’t taste them but I knew immediately I wanted to recreate them! For more fun fall recipes, check out this list of 20+ Easy Fall Desserts! 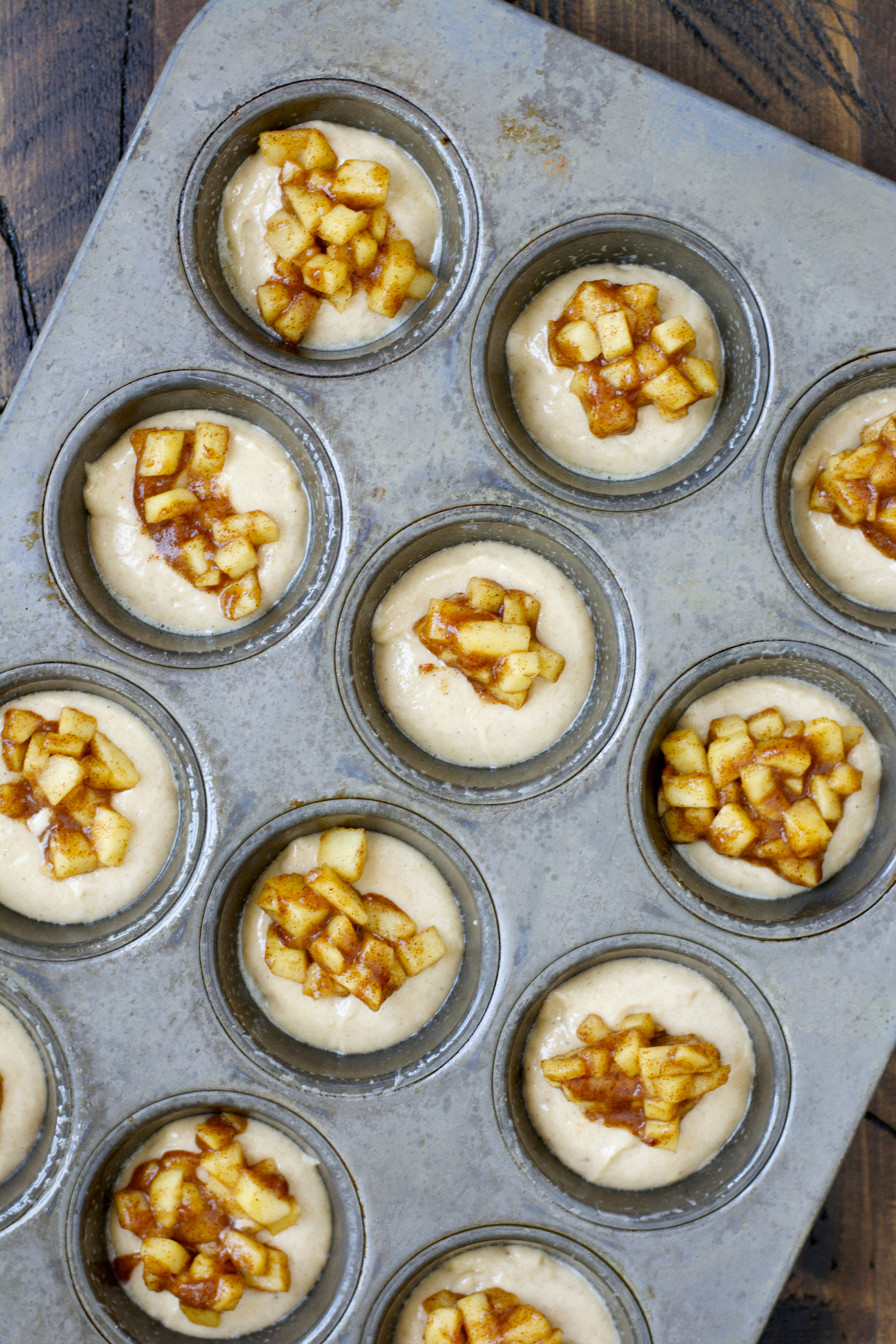 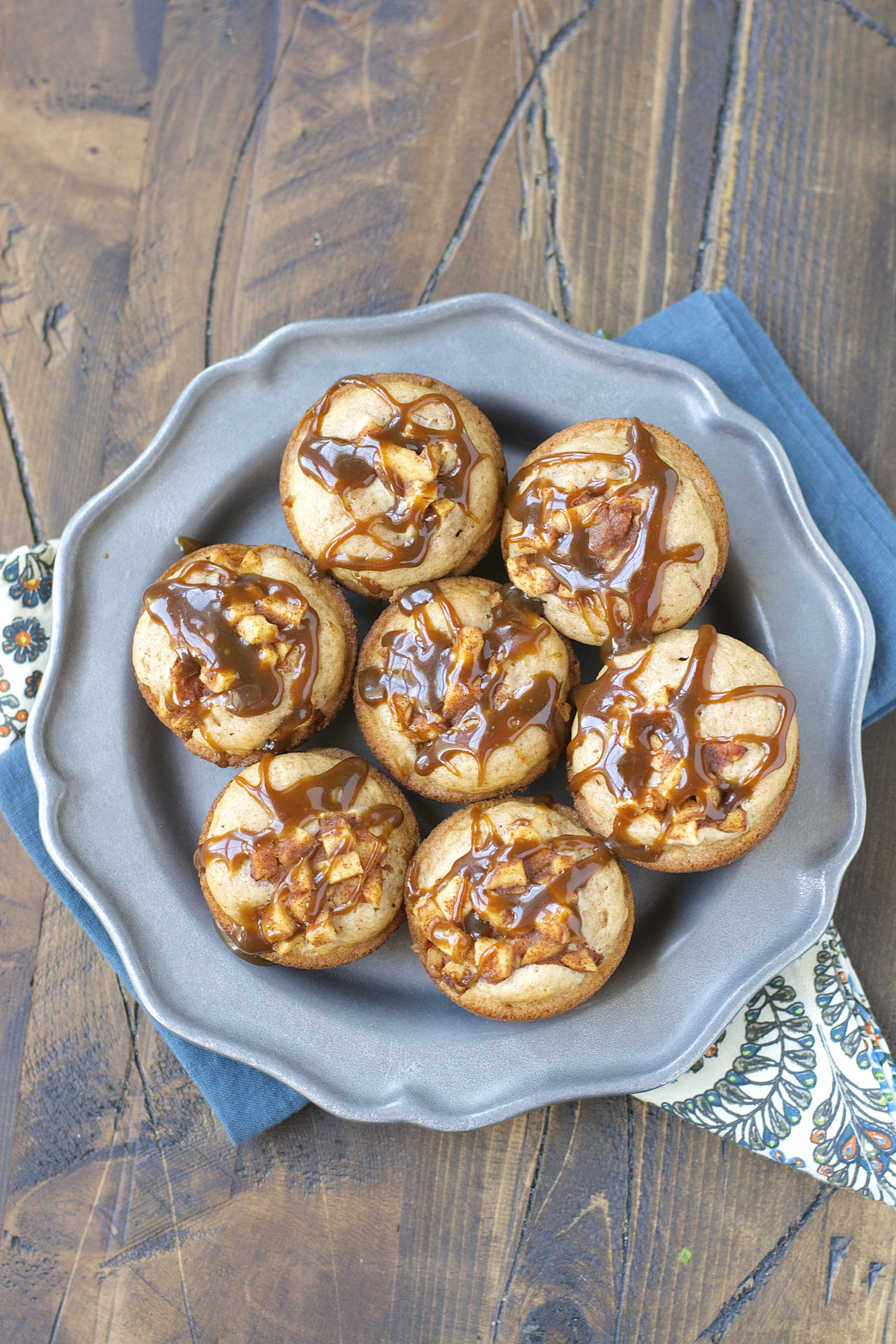 How do I make Apple Cinnamon Cupcakes with Caramel Sauce?

I actually tried this recipe a few different ways. At first I made a homemade cupcake recipe including the chopped apples and cinnamon, but it was lacking. They tasted more like muffins and I really wanted this to be like a cupcake.

So, I changed gears and used gluten free vanilla cake mix and doctored it up with little apple chunks that had simmered in applesauce and cinnamon, and then topped it with a homemade caramel sauce! This was just the ticket!

First you’ll preheat your oven and prepare the cake mix as the directions guide you on the box. Pour the batter into the cupcake pan (each well only 3/4 full) and set aside.

Next, you’ll want to make your apple cinnamon filling. Simmer the apple slices, seasonings, and applesauce in a pan for about 10 minutes. Then, spoon this mixture onto each cupcake. Bake these according to the directions (most are 20-25 minutes at 350 degrees F).

While these are baking, you’re going to make the show stopper–The caramel sauce! It is rich and has a great depth to it because I use coconut sugar instead of brown sugar.

Of course, you can always sub brown sugar if you needed but I really prefer the richness that the coconut sugar gives, I just think the flavor is so much bolder! You’ll simmer the butter, sugar, cream, vanilla, and a pinch of salt at a slight boil (stirring constantly) for about 3 minutes.

Once the cupcakes are finished, let them cool a bit and then cover with that delicious sauce! If the cupcakes are too warm, the sauce can just slide right off, so I recommend waiting 5-10 minutes after removing from the oven. 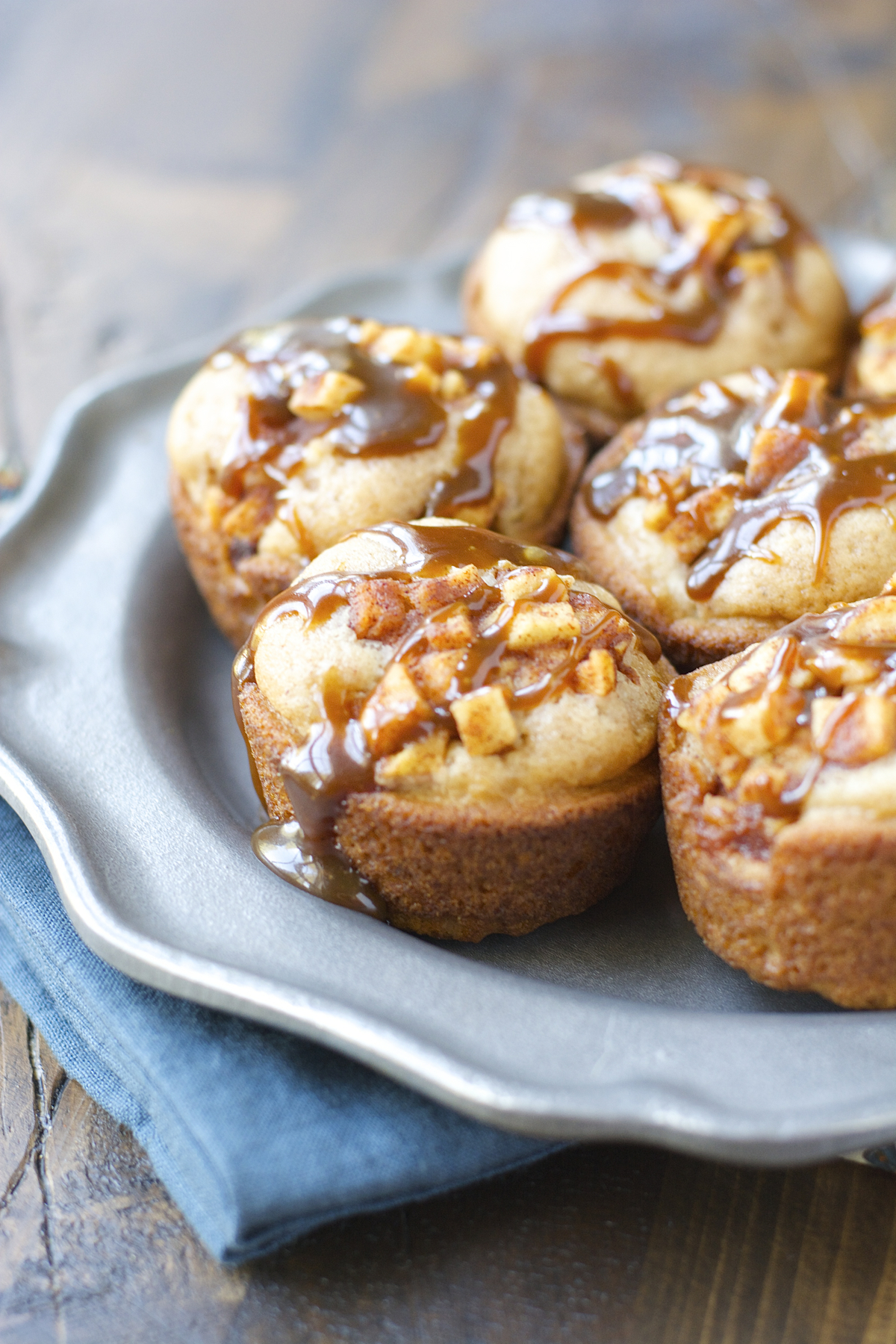 Are these good for meal prepping?

Yes, these cupcakes store and reheat beautifully! The apple mixture keeps the cupcakes nice and moist. To reheat, just place the cupcake in the microwave and heat for 30 seconds.

If you are meal prepping, I recommend adding the sauce when you’re ready to serve. To store, keep these at room temperature up to 3 days.

For the Apple Cinnamon Chunks

For the Caramel Sauce 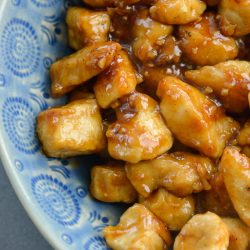 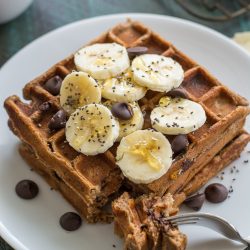 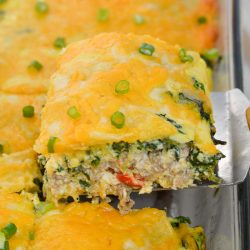 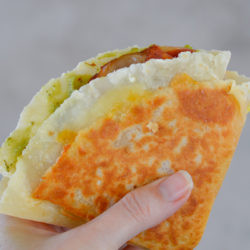 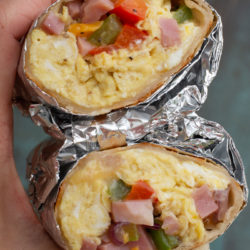