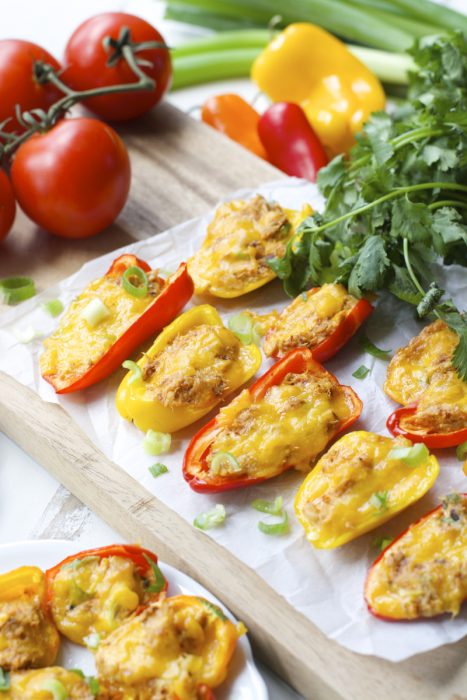 Are you as obsessed with these little sweet peppers as I am? I never leave the grocery without them. They are good in all sorts of things.

I toss them in marinara, fried rice, a good hash, really anything. But my favorite way to have them is to stuff them. They make the most perfect appetizers or light dinners.

I normally default to Pesto Chicken Stuffed Peppers or Buffalo Chicken, but sometimes you just need something a little different! I have always been a big tuna fan. Actually, one of my favorite meals growing up was a tuna wrap.

Just a tortilla, tuna, and shredded cheese. Simple and delicious! But as I have gotten older and my appreciation for food has changed, I need a little something more than the basics.

These Tuna Stuffed Peppers are super easy to throw together. Just a few basic ingredients for a quick lunch or a light dinner. The Chipotle Tuna isn’t really spicy, but it has a great smokey flavor with a hint of heat that is perfectly balanced with the sweet peppers. 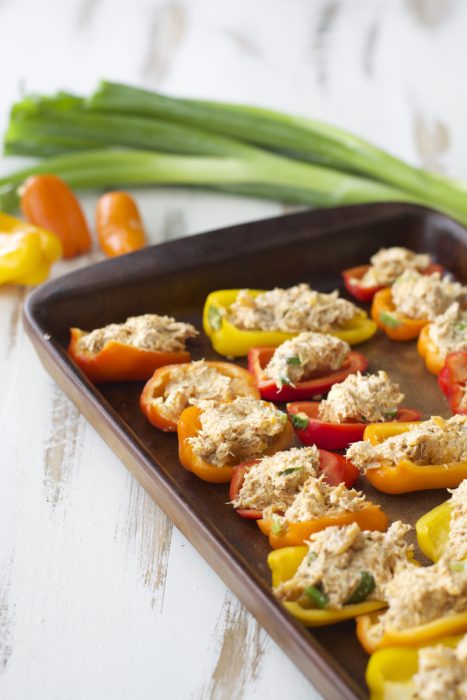 As always, here is quick overview of the ingredients you will need to make these Tuna Stuffed Peppers. For the complete recipe, just keep scrolling.

How do you make Stuffed Peppers?

In a mixing bowl, combine the drained Chipotle Tuna, cream cheese, spices, green onions and cheddar and mix well. Place a spoonful of the mixture in each sweet pepper and top with a little extra shredded cheddar.

Pop those babies in the oven until the cheese is nice and bubbly. Top with green onions, cilantro, some sliced avocados or tomatoes for a simple, delicious dinner! 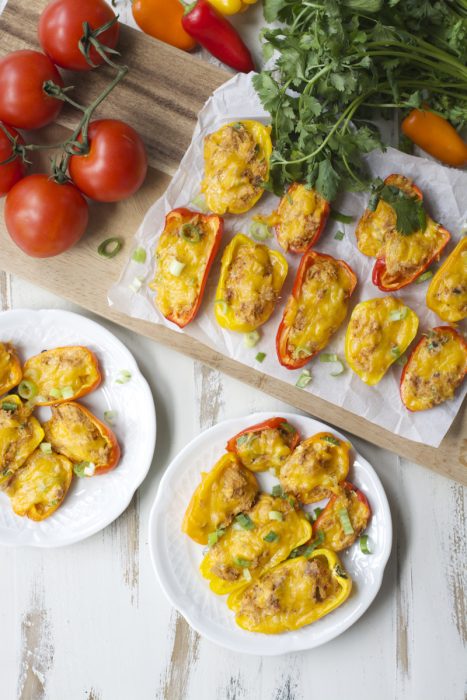 How to Store and Reheat Tuna Stuffed Peppers

To reheat, I would recommend placing the peppers back onto a baking sheet and warming them in a 350 degree oven for a few minutes, or until the cheese is bubbly. 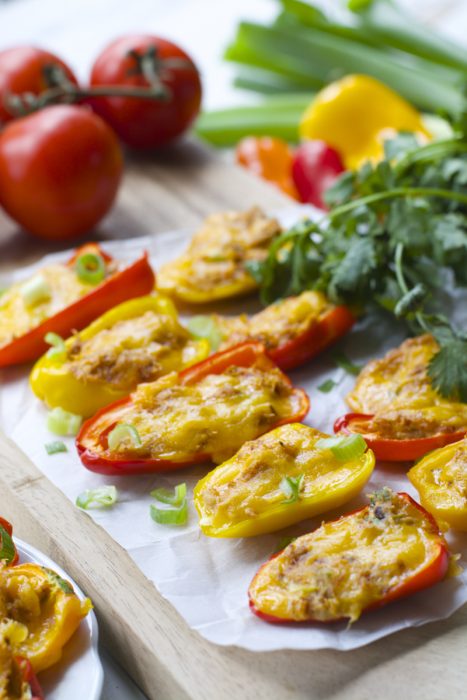 Can you make Tuna Stuffed Peppers ahead of time?

For sure! If you are interested in only making the mixture beforehand, the Chipotle Tuna mixture will stay good in the fridge for 3-4 days. To prepare the peppers ahead of time, slice in half and remove the seeds. Put the sliced peppers onto a paper towel and wrap them up.

Put the wrapped peppers into a container and add about half an inch of water to the container, to retain crispiness in the peppers for as long as possible. Use the chopped peppers within two days. Since the peppers won’t stay fresh for very long after they are sliced, if you are making this ahead of time, I recommend waiting to slice the peppers until necessary. The fresher the pepper the more delicious it is stuffed! 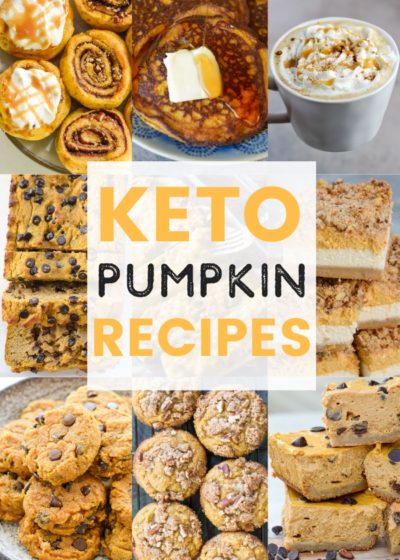 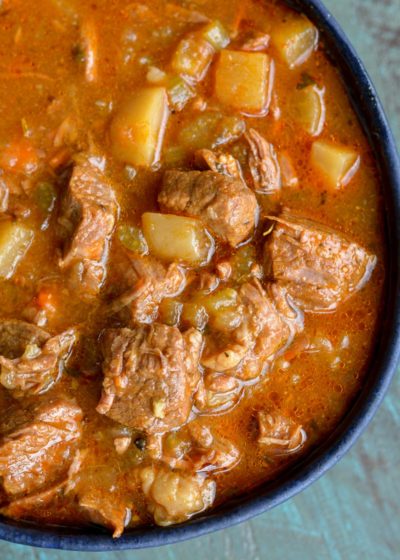 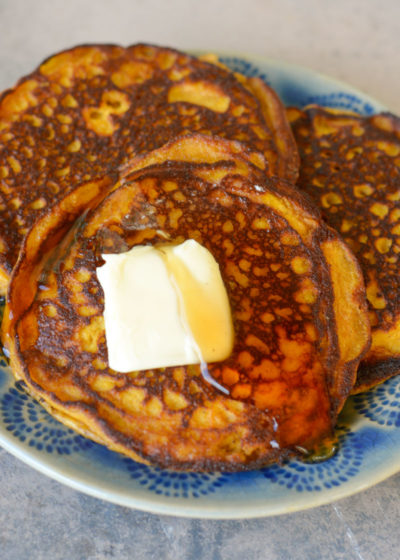 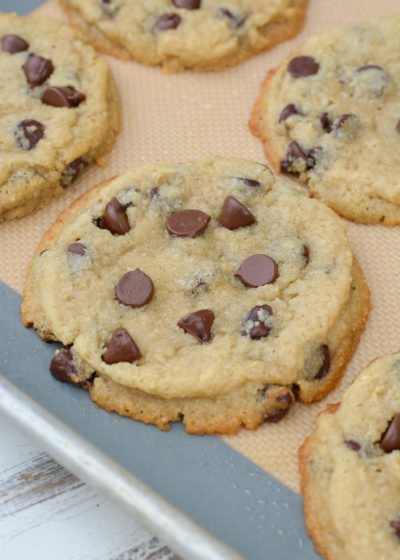 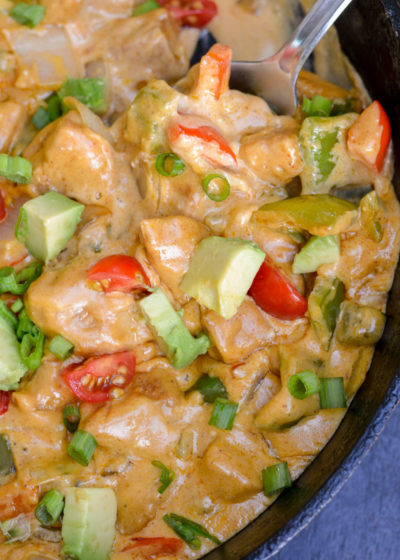 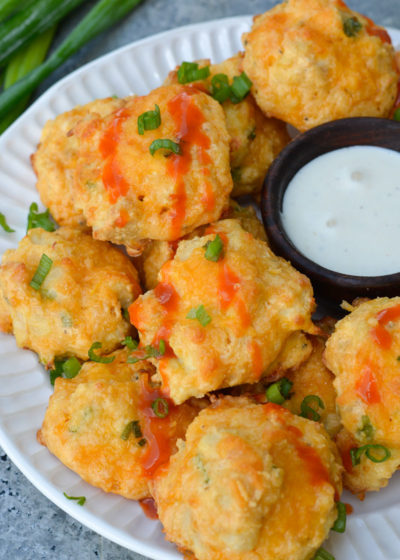 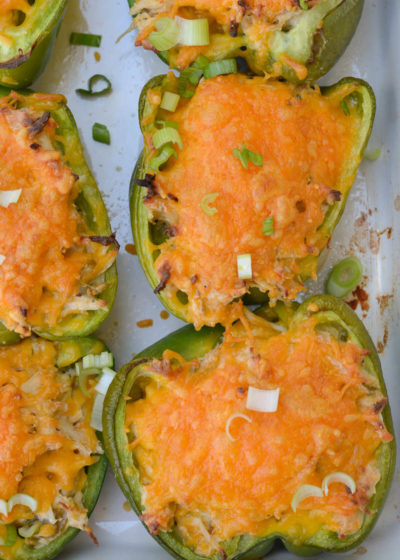 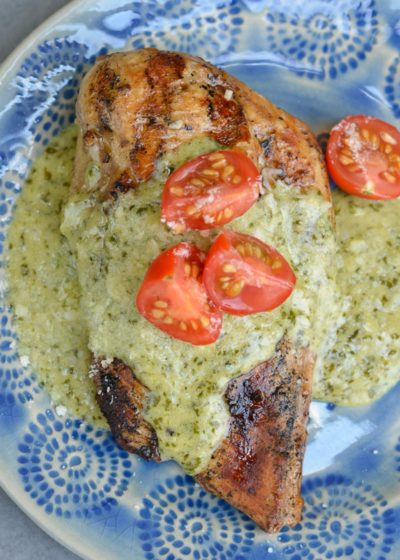 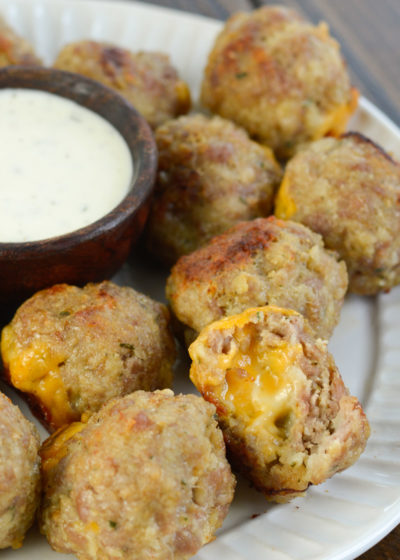 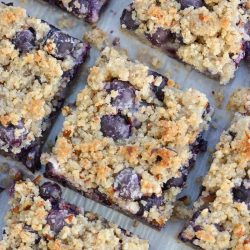 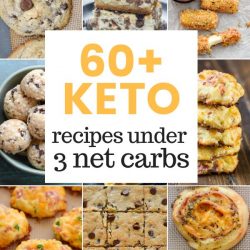